The Importance of Medical Causation 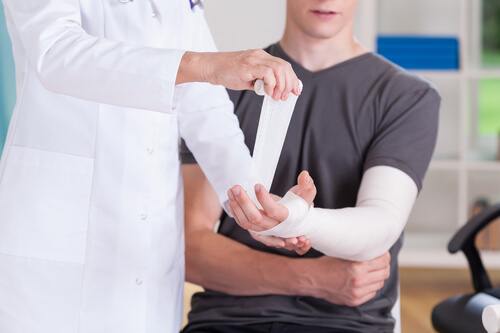 The Importance of Medical Causation

Personal Injury Attorney | In a personal injury action, under Florida law a Plaintiff must show the elements of 1.) Duty 2.) Breach 3.) Causation, and 4.) Damages.  When we are injured by the negligence of another, especially when we are injured on the premises or property of a business, it’s common to think that as long as you can prove the other person or business was at fault or negligent, the case is won. But there is still the question of injury or medical causation. If someone’s negligence didn’t actually cause or contribute substantially to the injuries for which you are claiming damages, the law provides that a jury must  enter a verdict for the defendant on that issue. This a common defense strategy where there  injuries that are considered to be degenerative, or “pre existing” in nature .  Florida law does provide for aggravation or acceleration of a per-existing injury. However, this still requires proof that the prior injury was accelerated but for the harm that was caused. Many defense lawyers and insurance companies often defend cases on these types of arguments. Our injury lawyers are well versed in dealing with and many of other types of affirmative defenses and how to deal with them in the court room.

No Causation in Wal-Mart Negligence Trial

The case involved a woman who said she was injured when an 8.4 oz “squishy” (in the words of the court) pumpkin fell on her at Wal-Mart. Wal-Mart admitted they were negligent, but claimed that there’s no way that an object of that size could have ever caused the victim the injuries she said she sustained.  Also referred to medical causation, the lawyers argued that even though they were at fault, the element of causation was missing and therefore argued that the jury must find in their favor. The defense hired a medical expert to testify against the victim.

The jury agreed with Wal-Mart, and entered a verdict of zero dollars. But the court allowed the case to be re-tried only on whether the victim could recover money to compensate her for her initial diagnostic tests. In other words, the court was going to allow her to try to recover for the money she spent in trying to determine if she had been injured.

Wal-Mart appealed. The appellate court noted that it has long been the law, that even where there is no medical causation, a party still can recover for costs incurred in trying to see if an incident caused injuries in the first place. For example, even if a jury ultimately finds that an object that fell on you did not cause a permanent injury,  the Plaintiff sustained $500 in medical bills for the initial ER visit or doctor’s testing and those costs were still recoverable.

But there is an exception to that rule, when an expert sufficiently states that an accident could not have caused any injury.  Because Wal-Mart had such an expert, the appellate court found that no new trial was warranted at all, and the jury’s verdict of zero should stand.

Although it wasn’t the primary cause of the appellate court’s denial, the court did note that the victim never requested that the jury determine whether she should get her diagnostic costs on the jury verdict form. Rather, only a standard jury form was used, which has no such provision.

The victim’s attorneys also never moved for a directed verdict on the diagnostic bills. Thus, the court found that issue of recovery for the initial diagnostic testing had been waived.

It’s easy to get caught up in witnesses and testimony, and forget to take care of the details during an injury trial. But those details can end up being costly, as they potentially were here. Failing to object on the record at trial or in other words raise the issues during trial can prevent an appellate court from ever considering the issue on appeal. – Miami Injury