Your Insurance Policy Could Conflict with a Personal Injury Claim 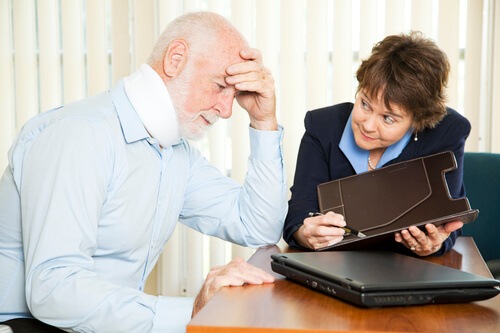 Your Insurance Policy Could Conflict with a Personal Injury Claim

Personal Injury Attorney | If you are injured in an accident, and the negligent party was drunk and under the influence of alcohol, it may appear that your case is a slam dunk. Generally speaking from a liability standpoint this may be true.  However, collecting from the insurance company for the full amount of your damages may not be as simple as you think. Some insurance policies have exclusions for certain acts.  This means the insurance company may not be required to cover an insured’s negligence  such as an intentional act, or if there is a claim that arises based on conduct that is  excluded or not covered under the insurance plan language. This can include a claim that arises out of a fight in a night club, use of alcohol, or even for punitive damages such as an insured in a drunk driving accident. These exclusions are common in premises liability cases, such as bars, nightclubs, and other commercial property insurance policies. For these reasons, it is always a good idea to ask for a free consultation with a personal injury lawyer to discuss if any of these potential issues may apply to your case.

This does not mean that the tort feasor is entirely off the hook. Injury victims can always pursue legal action regardless of insurance that is available. It just means that the an action to collect some or all of a  judgment for claims that are not covered under insurance may have to come directly from the at fault party, as opposed to the insurance company. However, the reality of collecting against an uninsured or under insured  defendant directly just may not make sense.

In other instances, alternative theories of legal liability and claims may be filed against other potential defendants and another way to avoid these legal pitfalls that may get in the way of justice. Some insurance policies are written with exclusions from liquor liability, such as alcohol, or serving of alcohol to minors, for assault and battery exclusions, and even dog bites. These exclusions may affect an injured persons ability to collect from the insurance policy itself.

The appellate court disagreed, noting that even if alcohol wasn’t the primary cause of the accident, it was a contributing cause. The court, absent much data, concluded that it was simply a well-known fact that alcohol contributes to accidents of all kinds.

Because exclusion policies have been enforced so long as alcohol played “some” role in an accident, the appellate court agreed that the policy did not cover the incident.  Any causal relationship, even a slight one, between alcohol and an accident was enough to activate a policy’s alcohol exclusion provisions. Business owners, operators and other may want to inquire. What losses am I really being protected from?

Why The Case is Important

You may wonder why you should care what someone’s insurance policy paid their beneficiaries. The reason is because if a liability policy contains the same exclusion, there may be no insurance coverage to compensate you if that person injures you.

Insurance companies know the problems that arise when uninsured individuals injure others. Thus, they will often use any excuse they can to avoid defending or paying for a claim. The injured victim may be in the position of arguing that the negligent person should be afforded insurance coverage, so the victim has someone to collect a judgment from.

When courts make decisions like this one, which provide loopholes and weaken the force of insurance policies, it’s not just the insureds who suffer—it’s those that they injure that may suffer as well. – Miami Injury