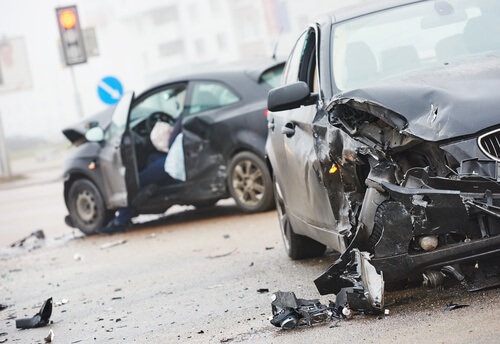 Personal Injury Attorneys | The Daily Business Review reports a $1.35 million settlement has been reached to compensate surviving victims of a fatal DUI crash in South Florida involving a drunk driver who had no insurance.

Victims were a driver in his 70s, a backseat passenger in her 70s and a front seat passenger who was 99. They were stopped at a Palm Beach traffic light when a reported drunk driver came barreling toward the intersection at 70 mph. He did not stop or slow down. The elderly driver and passengers were transported to the hospital, where the oldest died three days later. The back seat passenger had to undergo surgery and spent more than four months in the hospital recovering.

How is it possible that these individuals could receive this kind of compensation when the at-fault driver didn’t have insurance?

In cases where the driver who caused the auto accident doesn’t have insurance – or doesn’t have enough insurance to cover the full cost of damages  – it will depend on the type of insurance the victims had. Usually, this involves some form of uninsured/ underinsured motorist coverage. In this case, it was a $1 million umbrella policy held by the owner of the vehicle.

Neither of these types of insurance are required under Florida law. But as this case shows, they can be extremely valuable, especially when you consider that an astonishing 1 in 4 drivers in the Sunshine State does not have auto insurance. Even though it is against the law to drive without baseline coverage, some drivers take a chance because insurance is too expensive. That’s especially true for drivers who have already been deemed a high risk.

When they cause an accident, it’s important to get an experienced personal injury lawyer involved. Yes, you can go after that individual personally, though if they didn’t have the money to spend on basic car insurance, they probably don’t have adequate assets to make such a pursuit worthwhile. You’ll have a few options at that point, which include:

If you’re going toe-to-toe with your own insurance company following an accident with significant injuries or a fatality, remember that they are not “on your side.” That’s what your personal injury lawyer is for. Insurers are going to try to limit your compensation however possible. This can be incredibly frustrating, but with the right representation, you can maximize your recovery. – Injury Lawyer Florida