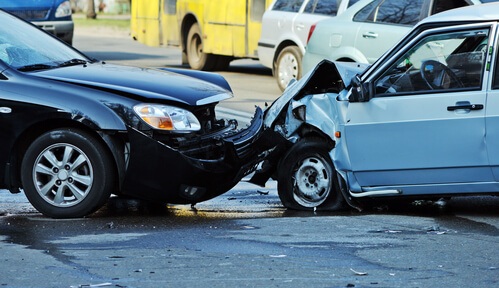 Personal Injury Lawyer | A 27-year-old British man was on vacation in Miami Beach, Florida when his life came to an abrupt and tragic end. The young man was hit by a convertible BMW and died at the scene of the collision. The driver of the car was reportedly operating the vehicle at around 100mph. Immediately after the collision, the at-fault driver got out of the car and fled the scene. Our team of car accident lawyers are outraged by this story. This was such a senseless tragedy and the driver’s decision to leave the scene of the accident only makes the situation worse.

If you hit someone with your car, you have a non-delegable duty to remain at the scene of the accident. It is the right thing to do since the person you hit could have, as exemplified above, life-threatening injuries. Just leaving shows a complete indifference to human life. You also have a legal obligation to remain at the scene. Specifically, Florida Statute § 316.027(2)(a) states:

“The driver of a vehicle involved in a crash occurring on public or private property which results in injury to a person other than serious bodily injury shall immediately stop the vehicle at the scene of the crash, or as close thereto as possible, and shall remain at the scene of the crash…A person who willfully violates this paragraph commits a felony of the third degree…”

As you can see, fleeing the scene of the accident only makes the situation worse. You are not avoiding punishment if you leave the scene of a serious car crash. In fact, your punishment escalates to a felony offense.

If you are seriously injured by a driver who flees the scene of the accident, or you lose a loved one in a hit-and-run accident, you have the right to pursue financial damages against the at-fault driver. You can pursue compensatory damages and punitive damages.

Compensatory damages are available in order to restore the plaintiff to the place where he or she was before the accident. For example, reimbursement for your medical bills and wages for time missed from work are considered compensatory damages. In addition to medical expenses and lost wages, you can pursue non-economic compensatory damages, which include pain and suffering (covered in-depth in Florida Statute § 768.118).

Considering the indifference to human life displayed by fleeing the scene of an accident, you can also pursue punitive damages. These are a unique form of damages made specifically available to punish the at-fault party. They are available when the at-fault party’s conduct is so heinous and reckless that additional damages are warranted in an effort to send a signal that their behavior will not be tolerated.

If you lost a loved one in a hit and run accident, you can pursue compensatory damages and punitive damages along with damages for the loss of services, funeral expenses, and loss of consortium. – Miami Injury