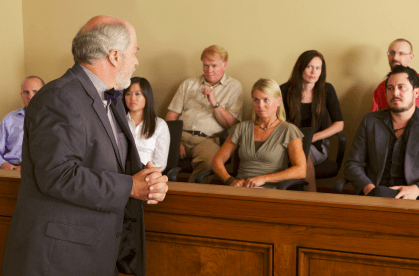 Personal Injury Lawyer | If you’re injured on someone else’s property, you may not give much thought as to whether your case involves ordinary negligence, or premises liability. In fact, the terms sound practically identical in many ways. But legally, and to injury lawyers that specialize in premises liability cases,  the distinction can make a big difference as to whether you’re entitled to recover for damages or not.

A recent case has examined the distinction between the two terms. The case involved a victim who was shot in the leg while attending a party at an apartment complex. The victim did not live at the complex.

The victim sued the complex, alleging negligent security—specifically, that more or better security was needed to prevent the incident from occurring.

At trial, the apartment complex contended that the victim was a trespasser on the property.

A property owner can only be liable to an undiscovered  trespasser if it knew of a danger  intentionally injuring the victim, which obviously wasn’t the case. The victim’s status as a trespasser would only matter if the negligent security claim was considered “premises liability.”

The victim contended that he was suing for ordinary negligence—negligent security—and that because it was not a “premises liability” claim, that his status on the property as a trespasser didn’t matter, and the jury shouldn’t take it into account.  The standard for ordinary negligence is “reasonable care,” a much easier standard to prove for an injured victim.

The trial court agreed with the complex, declaring the victim a trespasser, and the jury entered a verdict denying recovery for the victim.

On appeal, the appellate court focused on whether a negligent security claim has some relationship to the land. If it did, then it was a premises liability case, and thus, the victim was a trespasser, and the jury would be correct in denying recovery.

The court noted other cases involving negligent security, where courts examined the victim’s relationship to the land.

The court also rationalized that premises liability usually has to do with passive negligence. For example, if someone slips on water, the landowner may have failed to clean, but it didn’t actively injure someone. Here, the landowner didn’t actively injure the victim. Rather, it failed to employ adequate security. Thus, the negligence was passive, making it closer to a premises liability claim.

But here, the only way that the complex could be negligent is if the incident happened on its premises, which it did. It’s similar to slipping on a substance. If you fall on a substance off of someone’s property, they aren’t liable. The substance has to be on their property. Location matters. And when it does, it’s a premises liability claim.

The distinction between premises liability and ordinary negligence seems like semantics. But as the victim in the case learned, it’s a crucial distinction, which can be the difference between recovering for injuries, or being left with nothing. – Miami Injury