Three Things That Can Ruin Your Injury Claim 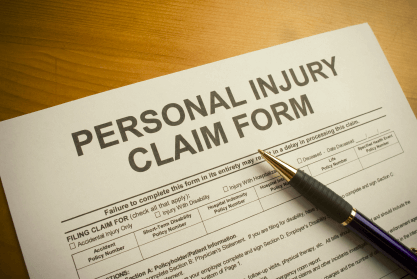 Three Things That Can Ruin Your Injury Claim

Personal Injury Lawyer | As experienced personal injury lawyers, we have handled dozens of serious personal injury cases including car accidents, truck accidents, cruise ship injuries, and accidents resulting in wrongful death. Unfortunately, not every case is resolved favourably for our clients and some clients have weakened their cases with self-inflicted wounds. Below are some preventable mistakes that can torpedo your personal injury claim.

Failing to Get Medical Treatment

A major mistake one can make is ignoring an injury and not going to the doctor. If the nature of the injury seems minor or the true nature of the injury is not readily visible, some people choose to “tough it out” and not seek immediate medical attention. This gives the insurance company the basis to argue that you were not really hurt that badly and that you only eventually got treatment so you could sue the negligent party. Don’t give the insurance company this ammunition. After a serious accident, go to the hospital or visit your primary care physician. It is better to be safe than sorry.

Posting Messages About Your Case on Social Media

Photos, status updates, and messages on Facebook can be used against you in court proceedings and can adversely affect the chances of succeeding in your personal injury claim. For example, if you suffer whiplash in a rear-end auto accident and you post photos of your ski trip that occurred a week after the accident, the insurance company will use them to show that you were not badly injured.

The case of Gulliver Schools v. Snay, 137 So.3d 1045 (Fla Dist. Court of Appeals, 3rd Dist, 2014) is another eye-opener on how social media can sink your injury case. Snay was the former head of a Florida school who sued the institution on grounds of discrimination and managed to settle his case for nearly $100,000. The settlement agreement also included a confidentiality clause preventing Snay from disclosing any details about the settlement, violation of which would require him to pay back the settlement amount.

His excited daughter posted the entire details on Facebook as soon as Snay got home – and bingo – there went the confidentiality clause! The school immediately informed Snay that he breached their agreement by means of his daughter’s Facebook post, which reached out to more than 1000 of her friends. Snay filed a motion to enforce the settlement and the trial court concurred. The Court of Appeals, however, held that Snay indeed violated the confidentiality clause and thus, Snay was required to give back the $80,000 to Gulliver.

Ignoring the advice of your doctors and not following the prescribed treatment program can hurt your claim. More often than not, insurance agents will insist that the inability to get treatment when it is accessible or the failure to turn up at scheduled appointments is evidence that your injuries either do not exist or that they have been overstated by your lawyer. Despite the fact that there are logical and honest reasons behind the deferral or gap in treatment, an adjuster can try to use the lack of treatment or refusal to comply with physical therapy to support either making a lowball settlement offer or outright denying your claim. – Miami Injury