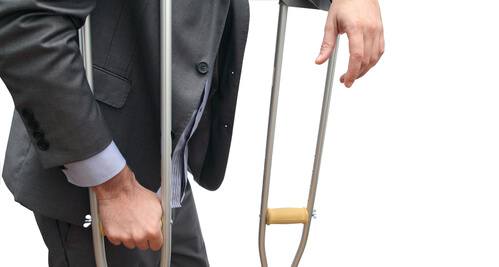 Personal Injury Lawyers | Often when people are injured, the negligence involved multiple parties. A construction site can have contractors and subcontractors, stores may rely upon outside vendors, and apartment complexes may contract out with private security companies to handle security. Thus, knowing which entity to sue, and holding the right party responsible for your injuries, becomes crucial.

Often, companies will argue that they have delegated the duties they owe to the public or to you, to another company, and that company is the one responsible for your injuries. So, for example, a store that hires a separate maintenance company to clean their floors will point the finger at that company when you slip and fall because of the poorly maintained floors.

To some extent, the law does allow business owners to point the finger at these other companies, depending on the nature, scope, and kind of business they operate. The question for an injured party becomes whether the business owner can legally pass the buck—that is, whether the duty to keep their premises safe can be delegated to another company.

When Duties Can’t Be Delegated

Businesses can never delegate what are known as inherently dangerous activities. These are activities that by their very nature are so dangerous that injury can be expected to occur, even when all due care is taken. Examples would be working on power lines, handling or transporting combustible materials, or working on a construction site. A company could not delegate the duty to keep pedestrians safe to a subcontractor on a construction site.

It’s important not to let companies handoff liability to subcontractors. As a matter of social policy, businesses should be responsible for their own premises, and have an obligation to their patrons that they can’t wash their hands of just by hiring someone else.

The other reason why it’s important is because sadly, many companies would try to use subcontractors, or independent contractors, for the sole purpose of discouraging injured victims from filing lawsuits. Companies would (and even today, sometimes do) contract with individuals, or smaller companies, or entities that, for a variety of reasons, would not be good defendants in a lawsuit.

Victims who were forced to litigate against tiny companies with little assets would have problems not just recovering judgments or verdicts, but would have problems even getting basic information (discovery) about their accidents. Many smaller companies also close and reopen repeatedly to avoid paying judgments. That’s not a problem injured victims should have to deal with. – Miami Injury