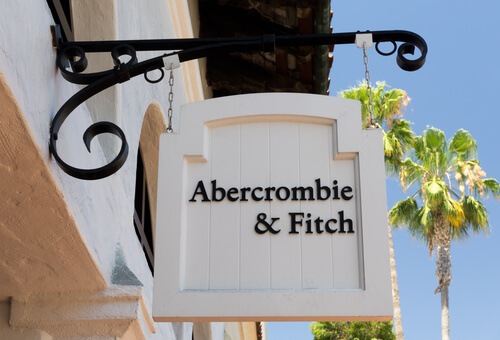 Employment Discrimination Lawyer | The Supreme Court has ruled in favor of a Muslim woman that brought an employment discrimination lawsuit against Abercrombie & Fitch for not hiring her because she wore a head scarf.

A Case Against Abercrombie & Fitch

Samantha Elauf alleges the retailer refused to allow her to wear a head scarf, claiming it clashed with Abercrombie & Fitch’s dress code which calls for a “classic East Coast collegiate style.”

“This is really easy,” said Justice Antonin Scalia as he announced the decision from the bench.

He went on to say that the company had to at least have suspected that Ms. Elauf wore the head scarf for religious reasons. Therefore company’s decision not to hire her was due to a desire to avoid accommodating her religious practice. As Justice Scalia concluded, that desire was enough grounds to sue the retailer under federal employment discrimination law.

The vote was 8 to 1. Justice Clarence Thomas was the dissenting judge.

Ms. Elauf had been awarded $20,000 by a jury in a previous trial. The United States Court of Appeals for the 10th Circuit, in Denver, overturned that award, concluding that the trial judge should have dismissed the case before the trial occurred.  “Ms. Elauf never informed Abercrombie before its hiring decision that she wore her head scarf, or ‘hijab,’ for religious reasons,” said Judge Jerome A. Holmes of the appeals court.

The case was sent back to the appeals court for further consideration by The Supreme Court. This latest ruling suggests that Ms. Elauf will likely win the lawsuit against the retailer.

Justice Scalia, writing on behalf of seven justices, said Ms. Elauf was not required to make a specific request for a religious accommodation to obtain relief under Title VII of the Civil Rights Act of 1964. This title prohibits religious discrimination in hiring.

“Title VII forbids adverse employment decisions made with a forbidden motive,” Justice Scalia said, “whether this motive derives from actual knowledge, a well-founded suspicion or merely a hunch.”

Justice Scalia went on to elaborate: “An employer may not make an applicant’s religious practice, confirmed or otherwise, a factor in employment decisions.”

Numerous religious groups, including Muslims, Sikh, and Jews, applauded the judges’ decision. They all agree the ruling will help protect their members against future employment discrimination because of wearing religious attire, such as head coverings or beards.

“The decision by the Supreme Court today affirmed the basic right to practice one’s faith freely without fear of being denied the opportunity to pursue the American dream,” said Gurjot Kaur, a senior staff attorney of national advocacy group, Sikh Coalition.

In 2008, Ms. Elauf, then 17, applied for a job at the Abercrombie & Fitch at Woodland Hills Mall in Tulsa, Okla. At the time, she wore a black head scarf, but did not indicate as to the reason she wore it.

Citing the company’s dress code, the company declined to hire her. They felt the scarf clashed with the company’s “Look Policy.” The Equal Employment Opportunity Commission then sued the retailer on Ms. Elauf’s behalf. The retailer maintained that it had now way or reason of knowing that Ms. Elauf’s head scarf was a requirement of her faith.

During the E.E.O.C. v. Abercrombie & Fitch Stores, No. 14-86, the retailer argued job applicants should not be allowed “to remain silent and to assume that the employer recognizes the religious motivations behind their fashion decisions.”

According to Abercrombie spokeswoman, Carlene Benz, the company had altered its dress code policy since 2008, and now allowed workers “to be more individualistic.” She added the company “has a longstanding commitment to diversity and inclusion” and “has granted numerous religious accommodations when requested, including hijabs.”

During that trial, Ms. Elauf said she loved movies, shopping, sushi, and the mall. “It’s like my second home,” she said. She went on to say that her experience with Abercrombie & Fitch made her feel “disrespected because of my religious beliefs. I was born in the United States, and I thought I was the same as everyone else.”

Justice Samuel A. Alito Jr. voted along with the majority to reverse the appeals court’s decision. Yet, he did not adopt the majority’s reasoning. “I would hold,” he wrote, “that an employer cannot be held liable for taking an adverse action because of an employee’s religious practice unless the employer knows that the employee engages in the practice for a religious reason.” He added there was “ample evidence” that “Abercrombie knew that Elauf is a Muslim and that she wore the scarf for a religious reason.”

Justice Thomas, the one justice in opposition to the ruling, wrote the company’s dress code was a neutral policy that could thus not be the basis for a discrimination lawsuit.

Your work environment should not be a place of harassment or a reason for stress due to harassment. There are legal ways to prevent these kinds of problems from occurring and ways to provide compensation when you have been a victim of harassment. An employment lawyer handles many types of employment law claims, including the following:

Meeting with an Employment Law Attorney

If you feel you have a case and that you have been discriminated against or have been unfairly paid, you should schedule a meeting with an employment lawyer. Before you meet with a lawyer, you’ll want to make sure that you are prepared. Here are some things you’ll want to bring to the meeting:

An employment lawyer will review the merits of your complaint and advise you on the next steps in pursuing legal action. That could either be negotiating a settlement or pursuing further litigation in court.

Working with an Employment Law Attorney

If you feel you have been treated unfairly by an employer you should immediately contact an employment law attorney. Federal and state employment laws provide directives for the workplace that protect employees who have experienced discrimination and other adverse actions. – Simon Resnik